Prepare yourself for the madness of Starwhal, NARWHALS IN SPACE!!! I would love to have been a fly on the wall when this idea was being pitched. It’s the perfect game for when you have a few people over and you just want to play something fast and fun. I’m a little late to the party on this as it was one of February’s free PS+ game but it’s fun and I’m still enjoying it just over a month later so here’s a post about it!

The aim of the game is to hit your opponents’ heart enough times with your narwhal horn and be the last narwhal standing (or floating). Simple enough but the controls in this game are so weird and unpredictable that your narwhal often ends up in an odd position or it doesn’t quite go where you want it to. This is the perfect multiplayer game for me because, though I hate to admit it, I am very competitive but the controls being so unpredictable eliminates the competitive element and I felt that I could sit back and just have a good laugh with it (well they do for me anyway, the person I was playing with may beg to differ). 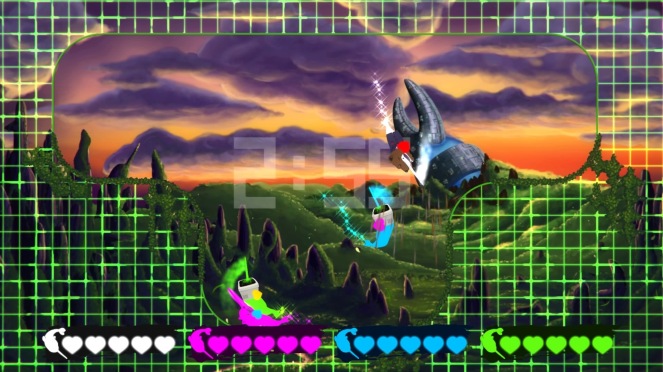 A few other things I really like about this game are the bright neon colours, customising my narwhal (my narwhal is the one with the cat face and fairy wings, obviously) and the 80’s arcade vibe. 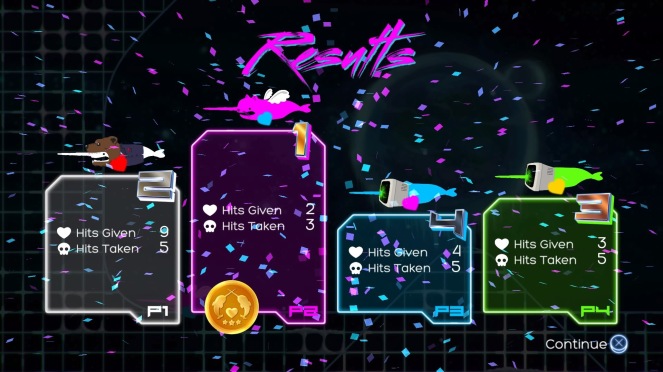 Considering that a lot of games at the moment are trying to get the retro feel back into games by using pixelated graphics (Stardew Valley, Shovel Knight, Titan Souls, etc…) this proves that you don’t need to do that and it was a breath of fresh air for a game to manage being retro and modern at the same time. I am getting a bit sick of pixelated games appearing as the next best thing and playing them on my PS4 which has the capabilities of playing high resolution games like Witcher 3, Doom and Uncharted. It just seems like a waste of its potential, I don’t mind getting the occasional one (I am a big Stardew Valley fan and I have rage quit several times over Shovel Knight) but it seems like every other game on the PS store at the moment is a pixelated “hey look, we’re retro, hip and trendy!” game. 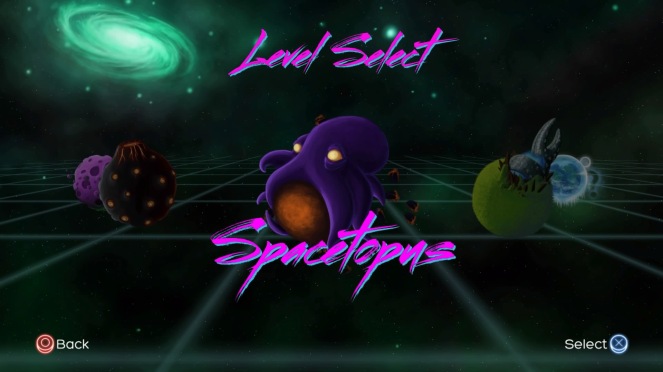 Anyway, back to Starwhal. I played this with two other people so the fourth narwhal was played by the computer and damn, it was not taking any prisoners, we ended up ganging up on it to take it out before we turned on each other. You can opt to take out the extra narwhal if you like and we eventually decided to, you know because it was so much better just having three playing, definitely not because the computer kept taking out all three of us and making us angry.

To finish this post off I have just discovered the slogan for the game… Enjoy!