I got myself hyped up for the new God of War game the other day by watching the 10-minute gameplay trailer, and it looks amazing. God of War is one of my favourite game series. Thing is though, I had actually watched this same trailer almost a year ago when it was first released and had completely forgotten I’d already seen it. After realising this I Googled when the release date for the game was and my heart sank as ‘Could be December 2017’ appeared on my screen, almost mocking me. First of all –could be??? Secondly, why do I have to wait so long? I’m not saying that in an ‘I’m so excited I can’t wait’ kind of way (well I can’t wait really but that’s not the point) I’m saying it in a ‘just release the bloody game and stop creating this unnecessary build up’ way. 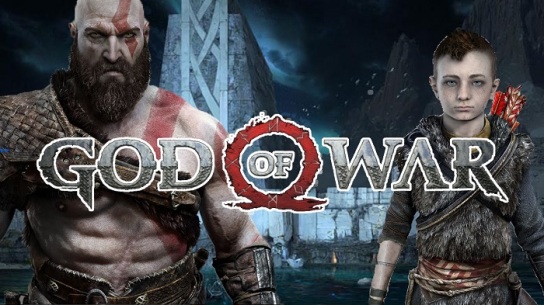 I swear that (sounding a little old here) back in the day games weren’t announced years before they were released. Studios might announce they were making a new game a few years in advance, eventually a trailer would be released, and the game would follow a few short months later. That trailer for God of War 4 came out in June 2016, and still there is nothing other than “Ooh the voice actor mistakenly said ‘2017’ in his IMDB profile, are we getting a 2017 release?” A 2017 release? How about a NOW release? Why hold back? The last God of War game came out in 2010!

This happens with a lot of games, I am still waiting for Dead Island 2, the creators seem to be pretending they never released a trailer for it waaaaaaay back in 2014 (the trailer is SO COOL by the way which makes the delay even more antagonising, watch it below). By the time that comes out the PlayStation 5 will be released and they’ll have to remaster it immediately. Same with South Park: The Fractured but Whole which was announced in 2015 with trailers and images sporadically appearing throughout the years but the release constantly being pushed back. Then of course there’s the infamous Final Fantasy VII remake, getting repeatedly delayed every six months or so, I’ve almost given up caring about it.

I am no video game design expert by any means, I know that games take a long time to make and that some of the aforementioned games might have hit some technical flaws which have taken a while to be ironed out. But if that’s the case, then why release these impressive trailers only to release it years later when the hype has died down and people have forgotten about it? If the game isn’t finished yet (or very nearly finished), and there is potential that issues will be coming up with it, don’t release a big trailer! If you have to release anything maybe just share some of the new character art (“Check out Kratos’s new Norse-inspired look!”) or set up a Dev Blog to keep fans in the loop (“Hey, here’re some of the weapons we’re thinking of making available in Dead Island 2!”).

This might just be me but I like having a teaser and then a couple of months later a big trailer with a release date that I can put in my calendar and get more and more hyped up about the game as it gets closer to the date, then a few months from then the game actually comes out on the expected date and I can play it. Right now my process is more like: “ooh this game looks good” *a year later* “ooh this game looks good, can’t believe I haven’t heard about it before” *another year later* “wow where did this game everyone’s playing suddenly appear from? I can’t believe I’m only just hearing about this now”. This probably means that I have the memory of a goldfish more than anything else but you get my point.

There are of course some games that the long-term announcement approach works very well on. Look at Legend of Zelda: Breath of the Wild. That was announced in 2013 and throughout the years they consistently released images, trailers, and other information about the game that kept it top of mind. What they did at the same time though was release new Zelda games (A Link Between Worlds, Triforce Heroes) and remaster old ones (Majora’s Mask, some were still enjoying the remastered Ocarina of Time too at this point). Obviously most companies don’t have such a long legacy of games to do this with but the point is that they managed to keep Zelda fans satisfied by releasing more content as they worked on ‘the big one’ and it didn’t matter so much if it was delayed (if it was at all) because we were busy playing Majora’s Mask on our 3DS. Another good example is Overwatch, announced in 2014 and releasing images, storylines, the works along with it. Blizzard released World of Warcraft expansion pack Warlords of Draenor a few months after Overwatch was announced and then they released Legion a few months after Overwatch was released (probably knowing that it wasn’t going to be as popular as previous expansions, hence the close release dates) so they had lots of content and something going on consistently, keeping Blizzard fans hyped about something either way. 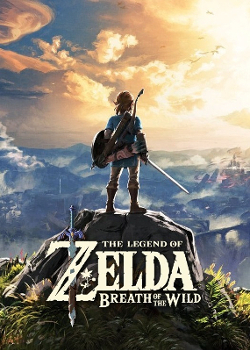 So there’s my latest rant, I feel a bit lighter now. I hope you lovely readers enjoy my ranting posts as they seem to be recurring.

Is there a game that you’re looking forward to being released but has a long wait time? Any fellow God of War fans out there waiting for 4?

9 thoughts on “The Waiting Game”