With the deaths of Oddette and Zuluwarior looming over me I found myself with a slightly depleted team. I’d been told previously that the next gym was a toughie as well being Ghost type and all. If anyone was sent to sleep and got caught in the Dream Eater cycle we’d all be toast. To top that off most of my Pokémon were reliant on physical attacks… It was time to build the team back up and hope that I’d manage to catch some elemental-attack based Pokémon. First though we had to make a stop…

Day Care Man: *slyly* “Why hello there… Are you here for Bellende? He has grown a lot! A little aggressive at first but don’t worry! He’s calmed down…”

The reason for Bellendes’ silence was soon discovered… As we fought our way to the new route,I sent out Bellende to take down the Sudowoodo blocking the path.

Dragon: “What the-? Where has Vine Whip gone?!

Bellende: “While I was in day care I learned lots of new moves like Sleep Powder, Stun Spore, Poisonpowder… But…” He looked away, ashamed. “The old man at the day care he… He replaced Vine Whip with Wrap!”

Bellende: “The only attack I know now is Cut…”

Bellende: “That doesn’t count! I am now just half the plant I used to be… All I can do is fart glittery paralysis spores at the enemy and tickle them.”

The whole team looked at me like I was an idiot.

Bellende sighed and Cut the Sudowoodo, it wasn’t great but it wasn’t bad either.

Bellende: “OK, I guess I can live with this for now…”

Afterwards we managed to catch a Nidoran whom I christened Pointy. Then in the next area I caught a female Nidoran named Nointy. Both were immediately sent to the day care to await a time that I may need them. Right now the upcoming gym was not for them. A Butterfree named Flora also joined, I was super pleased about this, I like Psychic Pokémon and with her and Sleepy ZZZ things were looking goooood. We ventured towards Ecruteak City, chirpy and full of hope, then the first Pokémon of the area sprang at me.

Dragon: *Running around excitedly* “AAAAAAAH!!! OH MY GOD! IT’S A GODDAMN VULPIX! Oh, we are going to CRUSH the next gym! Vulpix is gonna be so epic! Hedwig are you seeing this?!”

Dragon: “I’ll name her Vixen and she’ll be incredible, enemies will faint just at the sight of her, she’ll breath fire over everything, nothing will stand in her way-”

Dragon: “She’ll be the backbone of this team, carrying us to the Elite Four-”

Hedwig settled for rolling his eyes and dragged me away from the patch of grass where the Vuplix had appeared as I shouted obscenities at the air. After settling down a little I decided to go explore the route to the west of the town.

Dragon: “GOD DAMMIT, NO! What the hell am I going to fight the ghost gym with?!”

Hedwig: “Don’t worry there’s still another couple of places we could look…” 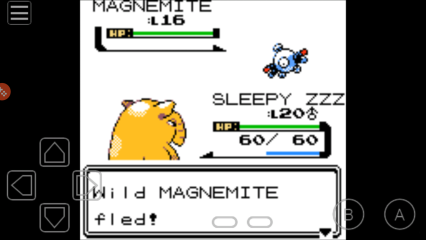 We trekked to the East side of town where we entered a cave and I actually managed to catch a Pokémon… A Machop named Hercules.

Dragon: “I mean… Sweet but… I’m against the ghost gym next and once again… All I have are physical attacks and two glass cannons…”

Hercules: “I’ll learn Foresight by level 25, then I could punch them!”

Dragon: “I just… Yeah, but that’s ages away and also that still won’t do a huge amount of damage. I guess it’s something though.”

Hercules: “Don’t worry, I’ll punch them right in the spirit!”

We continued through the cave, I had placed Flora at the front of the team to train her up, it was going pretty well as she was one-shotting all the Machop that appeared and then, rather unexpectedly, a Marill popped up.

Dragon: “Awww, I would have liked a Marill…”

Unfortunately, Flora and I hadn’t really had time to bond but I still felt disappointed. I’d been really pleased about my second psychic…

Need more Pokémon… After pouring over a map I realised I’d missed the Burnt Tower, more Pokémon! Rumour has it there’s a chance to get a Magmar in there… Before I could get inside though my red-headed stalker burst through the door and challenged me. I just want a new Pokémon! Leave me alone! Fortunately the battle was over quickly with no casualties but something was bugging me…

Dragon: “I couldn’t help but notice something during that battle.”

Dragon: “Well, my unworthy rival BLAAAAA, despite being a terrible trainer does have something I don’t… I couldn’t help but notice that in spite of being three levels below you his Gastly has evolved into a Haunter already and it knows Dream Eater…”

Burgie: *Hiding behind Hedwig* “I am so close to evolving, I swear.”

Dragon: “I mean if you were to evolve, like ever, now would be a really good time what with the upcoming gym battle not looking like it’s going to go in our favour and all…”

Hedwig: “Leave Burgie alone, he’ll evolve in his own time!”

Dragon: “Just saying that it would really be helpful! He can’t fight anything at the moment anyway because everything around here is a Normal Type so I have to level him with other Pokémon! It’s taking forever!”

I walked off muttering something under my breath about useless Pokémon and wastes of team space until Hedwig swooped down and gave my head a swipe with his wing. I was about to retaliate but then we got jumped by a Koffing. Great. Another Poison Pokémon, apparently the most popular type of the Johto region. After a couple of battles with the newly named Smokey I realised he sucked and put him in the PC.

I then decided to fight the Kimono girls. They all had the evolved forms of Eevee and I managed to get through most of them pretty well until we got to the Espeon. I guess you learn something new every day and today I learned that Psychic is super effective against Poison.

Bellende: “I am already defeated in spirit… I am nothing without my Vine Whip. Just end it.”

Enemy Espeon: “You sure?”

Bellende: “Yeah… The way this team’s going I’ll be going sooner rather than later anyway.”

Bellende: *as Confusion enveloped him* “ah, the sweet embrace of death… I would wish you luck but I don’t want to.”

As he died his leaves stiffened to form a hand with an extended middle finger. There was no sad burial for Bellende.

With my only elemental Pokémon gone we then headed to Olivine to see if I’d be able to find something water-based. On the way we found a Magnemite who I actually managed to capture before he could flee. I named him Zappy and I eyed his ‘Thundershock’ attack with great enthusiasm… If I could level Zappy up he’d be my main man for Gym 4…

Dragon: “Sorry, It’s just that I’ve been trying to get an elemental Pokémon for so long now and I can’t help but be drawn to you, there’s something so… magnetic about you.”

Zappy: “Are you actually proud of that?”

Finally, we got to Olivine and I managed to capture a Krabby.

Dragon: “Awesome! We have an electric type Pokémon, a Water Pokémon… We’re getting there! Everything will be OK!”

Dragon: “ARE YOU FUCKING KIDDING ME?! WHAT THE HELL?! EVERYTHING I TOUCH TURNS TO GODDAMN SHIT AT THE MOMENT! I CAN’T BELIEVE THIS IS HAPPENING!!!”

My team exchanged looks and backed away slowly as I screamed at Mr Krabs’s stupid corpse.

Suddenly, a voice from afar…

“Sweetie… Put down the game.”

“Can you believe this shit?!”

“I know… Just please put down the game and take a break… Please.”

“FINE! I’ll go and do something else. Something that’s not… Not STUPID!”

Tune in on Sunday for more fun times!