First of all, apologies for the absence of recent Nuzlocke posts, or any posts at all. I was on holiday and decided to take a break from my blog while I was at it. To be honest with you I never expected to get this far in the challenge and thought that it would be long over before my holiday!

Feeling defeated I stared at the 7th Gym. The Ice Gym. I looked back at my team, my fire-type lacking team. Everyone was quiet and not really feeling it.

Dragon: “You know what? Let’s just have some fun exploring. We need a break. That and there are some things I’m pretty sure I missed.”

The team brightened at this and, withdrawing Zappy from the PC to join us as he was now my most defensive Pokémon, we set off.

The plan was to go back and find some of the things I’d missed. First of all we’d head to Cianwood City again to get the Fly HM which I forgot to get off a woman waiting outside the gym (that’s easy to miss, right? I don’t have time to talk to everyone; I’ve got a Nuzlocke to finish). Secondly, my mum had not yet been saving money for me, so we’d go back to New Bark to say hi and ask her to buy a moonstone for me. I figured that if I could use the moonstone to evolve either Pointy or Nointy into a Nidoqueen/king then that would make the Ice gym a little easier, they were the only ones who knew a fighting move to take on the Ice Pokémon. I’d done a bit of research though and found out that the second moonstone was in the Kanto region somewhere so only one of them would be able to fully evolve. I hadn’t actually announced who would get the one Moonstone, to avoid causing more tension between Pointy and Nointy – but secretly I was planning on giving it to Pointy. She was a little more robust than Nointy, and he was a little too clingy for my liking. In his younger days, he had taken great joy in sprawling on my lap/shoulder/face whenever we stopped to rest – since his evolution into a 200-kilo murdersaurus, he hadn’t quite come to terms with the fact that he was no longer a lapdog. I was limping pretty heavily by the time we reached our destination.

After taking what seemed like hours, we finally reached Cianwood City… Again… I swiped the Fly HM from the lady outside the gym, glaring at her like it was her fault I’d ignored her before, and turned to Burd.

Burd: “Hedwig and I were supposed to learn this together…”

Dragon: “I know. He’d want you to learn it, though, and carry on your dream of travelling.”

Dragon: “You are my only flying-type Pokémon.”

For Burd’s maiden flight, we flew to New Bark Town, where I burst through the door to my home, threw 200,000 whatever-the-currency-is at my mum and then ran back outside again. I was about to fly back to Mahogany Town but then I spotted a large lake to the East of New Bark. We had time to explore a little, so why not? Sailing forth on Squidward, we entered a new area, where a cheerful guy informed us we were in Kanto. Kanto?! 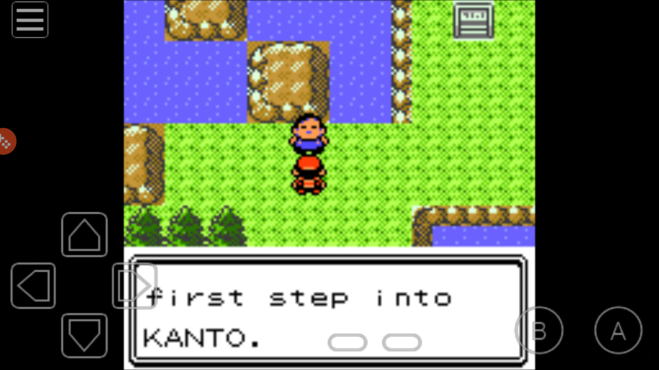 Interesting… As it turned out I couldn’t walk around Kanto much, everywhere was sealed off except for a cave. We surfed in and got jumped by a Slowpoke. A new Pokémon!!! The cave wasn’t very big, all I could get on was a little ledge in the corner of the room… and there was the other moonstone!!! I couldn’t believe my luck. I was going to have a Nidoking and Nidoqueen!

We happily flew back to Mahogany town and, just outside the gym (the trainers inside glancing nervously through the windows) I gave Pointy and Nointy their moonstones.

Two epic dinosaurs stood before me and I suddenly felt a hundred times more confident about the Ice gym. Pointy and Nointy turned to growl at the trainers looking through the windows and they all ducked out of sight fearfully. My team was officially badass.

Pointy: “I’m sorry about before… Can we start from the beginning?”

Nointy swept Pointy off her feet to kiss her, her tail sweeping round to knock over Sleepy ZZZ who, in his sleepy state, hadn’t seemed to notice that his girlfriend had turned into a huge dinosaur and gotten back with her ex right in front of him.

The now gold-plated Zappy, feeling confident, flung himself at the gym doors and floated through, arrogantly grinning at the cowering gym trainers. It was then that Pointy, Nointy, and Zappy powered their way through the gym leaving a trail of Seel and Dewgong in their wake. The gym leader didn’t look as scared as the trainers, and put up a decent fight, but he was no match for my Triforce team of epicness.

At that excruciating burn, he handed over the gym badge and we sauntered out the gym feeling pleased with ourselves. I’d been really worried about the Ice gym, but what with Zappy being basically immortal and Pointy and Nointy double kicking everything, we’d sailed through.

It was almost too easy…