Skip to content
Welcome, puny human, to my spooky Dragon cave where I keep my Dragon’s horde. You may have ventured far and faced many perils to come here but now you meet your DOOM. Get ready for… You don’t seem very scared. Is the bunting and collectible teapots not quite what you were expecting? Is the pile of video game not the sort of horde you had in mind? I get that a lot. Well… While you’re here can I offer you a tea? Muffin? Try the sourdough crumpets, they’re amazing.
I thought I’d shake things up and make a new addition to my blog. At the end of every month I’ll write a summary post, invite the protagonists from the games I’ve been playing this month to join the Tea Party, talk about what’s been going on, and add a link to one of my posts that I particularly enjoyed writing this month. I always seem to miss some people’s posts so if you’d like to then please feel free to comment with a link to one of your posts from this month and I’ll give it a read! Similarly, if you’re a new Tea Party guest say hi!
So sit down, make yourself at home, grab a Hobnob (not the chocolate ones, they’re mine) and I’ll put the kettle on.

What I’ve Been Playing

Breath of the Wild

Our first Tea Party guest, who is unfortunately not much in the way of conversation we is Link. He’s going to be here a while as I am constantly on and off with Breath of the Wild. I’m so tantalisingly close to finishing the game but I’m still getting distracted by an insane variety of things to do… I feel like playing this game is actually quite exhausting sometimes and I find it hard to play for just an hour at a time. I need to make sure I have a good few hours set aside and unfortunately that’s kind of hard to come by for me at the moment. We’re getting there though, slowly but surely. 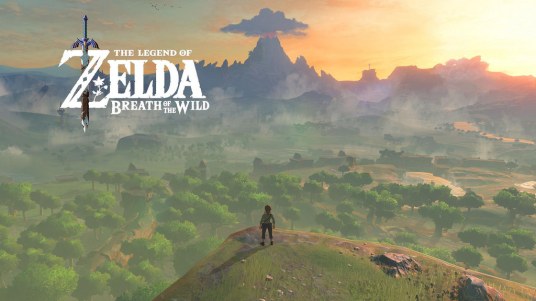 I’m trying not to get competitive with the other Dragon at the table, luckily Spyro doesn’t care about my video game and biscuit horde, he’s all about the gems and is quite happy to be the chatty, if slightly irritating, one at the table.
I’m really enjoying how easily I can jump in and out of this game, if I’ve only got half an hour I can generally complete the main part of a level in that time and it’s just so pretty. This has become my go-to game for when I don’t have that much time or brain power to offer. I’m on the last section of the game now so I should be able to finish this in April. 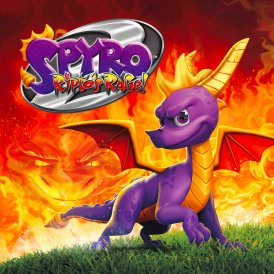 Looking a little out of place surrounded by bunting, flowers, and a fairy lights, Batman holds a dainty pink tea cup and stays quite quiet. Much like Link, he’s also not much in the way of conversation and when he does speak he’s not particularly interesting. Maybe I should have invited Bruce Wayne instead, he’s a lot more fun…
There’s a story to me getting into this game: I bought the remastered Arkham series years ago after accidentally playing Arkham Knight first, I really enjoyed Knight and was excited to get started on Asylum and City but… Well, I wrote a ranty post back in 2017 about how much I didn’t enjoy it. Basically, I found it repetitive and kind of dumb. It’s sat in my library gathering virtual dust ever since. Recently though I finished watching the incredibly frustrating, but simultaneously addictive, Gotham. If you don’t know it it’s a TV show about before Bruce Wayne becomes Batman, with Jim Gordon as the main character. Like with a lot of American TV shows, they seemed to start with this great premise, fulfill it, then rather than just stop while they were ahead they got a new, bizarre plot line where you can’t really tell where they’re going with it and it’s pretty obvious that the writers don’t know either, but hey, they’re getting paid big bucks and they’re going to keep doing it until it’s so mind-numbing that the show gets cancelled or the kid that plays Bruce gets too old to be a ‘kid’ anymore. You’d have thought they’d just do 10 episode seasons with much more focused, better crafted story lines but what do I know? I could go on and on about Gotham, maybe I’ll write a post about it when it’s ended. The main reason I stuck with it is because I’ve always found the characters of DC incredibly interesting, far more so than Marvel (though I’d much rather watch a Marvel movie than a DC one) so luckily for the show’s writers they have a lot to draw from. Also, the best part about the whole thing is Penguin, who I never even considered a particularly interesting villain before but the actor (Robin Lord Taylor) and his portrayal is just absolutely brilliant and he steals every scene that he’s in.
Anyway… Sorry, went off on a tangent there… Once I exhausted the episodes of Gotham on Netflix I had a bat-shaped hole in my life and I decided to fill it by trying the Arkham series again. I only started Asylum a couple of days ago and haven’t got very far at all, but I thought if I get to a stage where I am not enjoying it I’m going to just stop and start Arkham City instead. 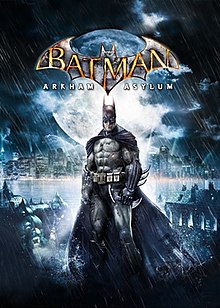 I wrote a couple of posts that I really enjoyed this month but the one that surprised me the most was A Shout Out to NPCs. I asked some friends for help writing this and they were so enthusiastic about it, it was really nice to talk with them about it and see everyone’s ideas and opinions.

It was Dragon’s Tea Party’s 2 year anniversary this month! I know!!! That really surprised me. I still consider this blog as a bit of a novelty but it’s been with me through quite a lot now. I’ve had my ups and downs with it, the last few months in particular have been a struggle keeping it up to date but I feel like I managed to smash that writers block up in March and I’m looking forward to seeing what April brings.
What have you been playing this month? Is there anything you’re looking forward to playing in April? Have you written (or read) a post that you particularly enjoyed? Leave a link below!